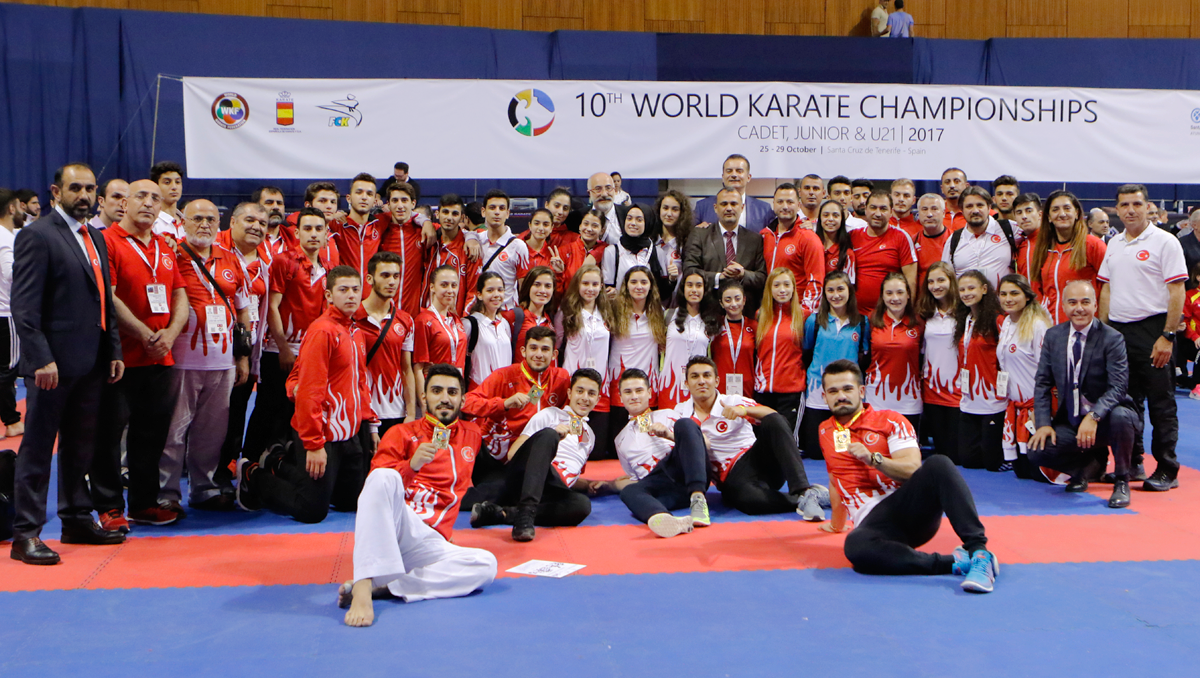 11 MEDALS FOR TURKEY IN KARATE TENERIFE 2017

Turkish youngsters claimed a total of 11 medals in the World Cadet, Junior and U21 Karate Championships in Spain's Tenerife city that ended on Sunday evening.

In the 84 plus kilogram (185 plus pound) kumite category, Turkey's Alpaslan Yamanoglu became the world champion after beating his Italian opponent, 4-1, on the last day of the event.

Turkey won 11 medals in total, coming in third in the overall standings during the five-day tournament that was held between Oct. 25 and Sunday. 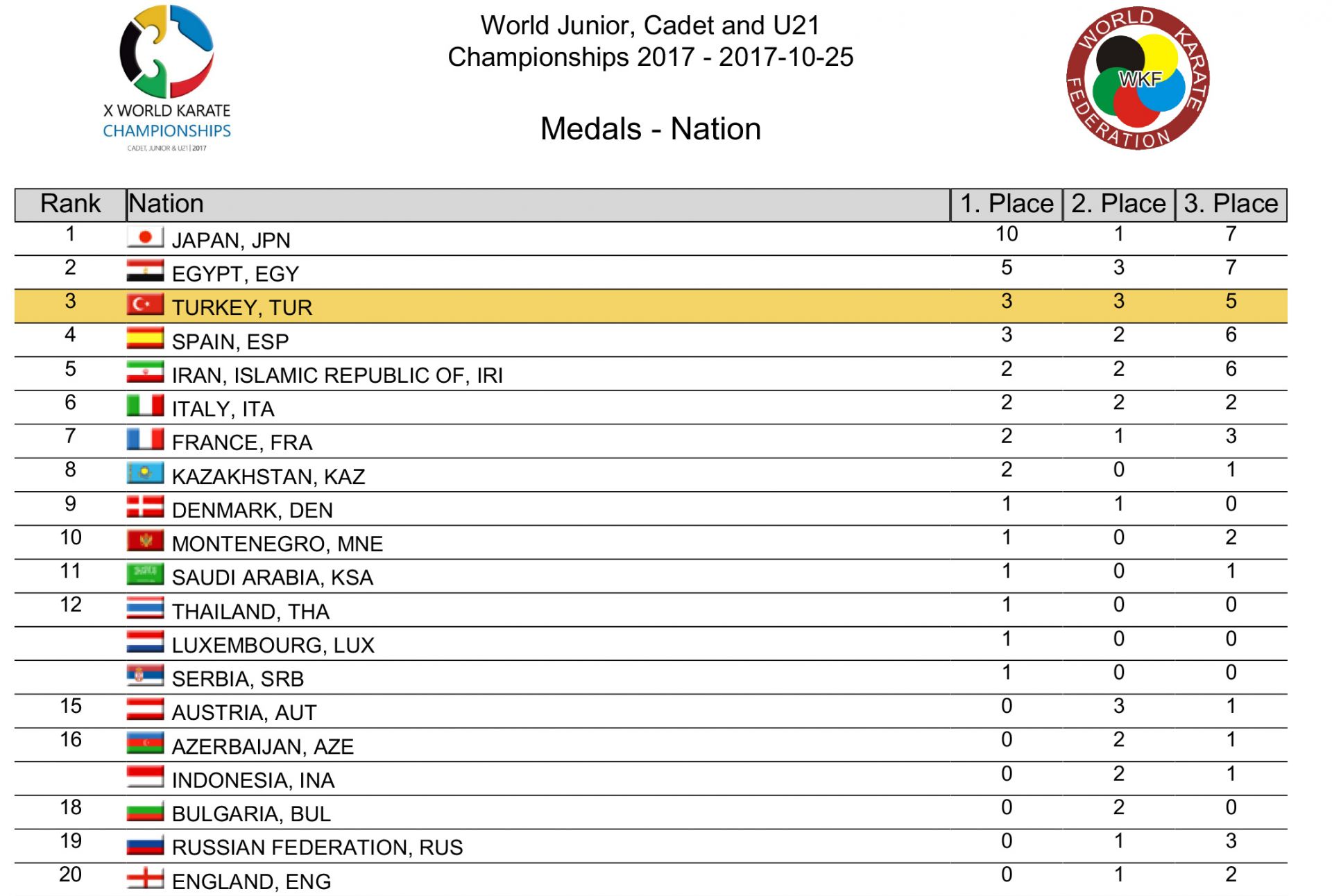