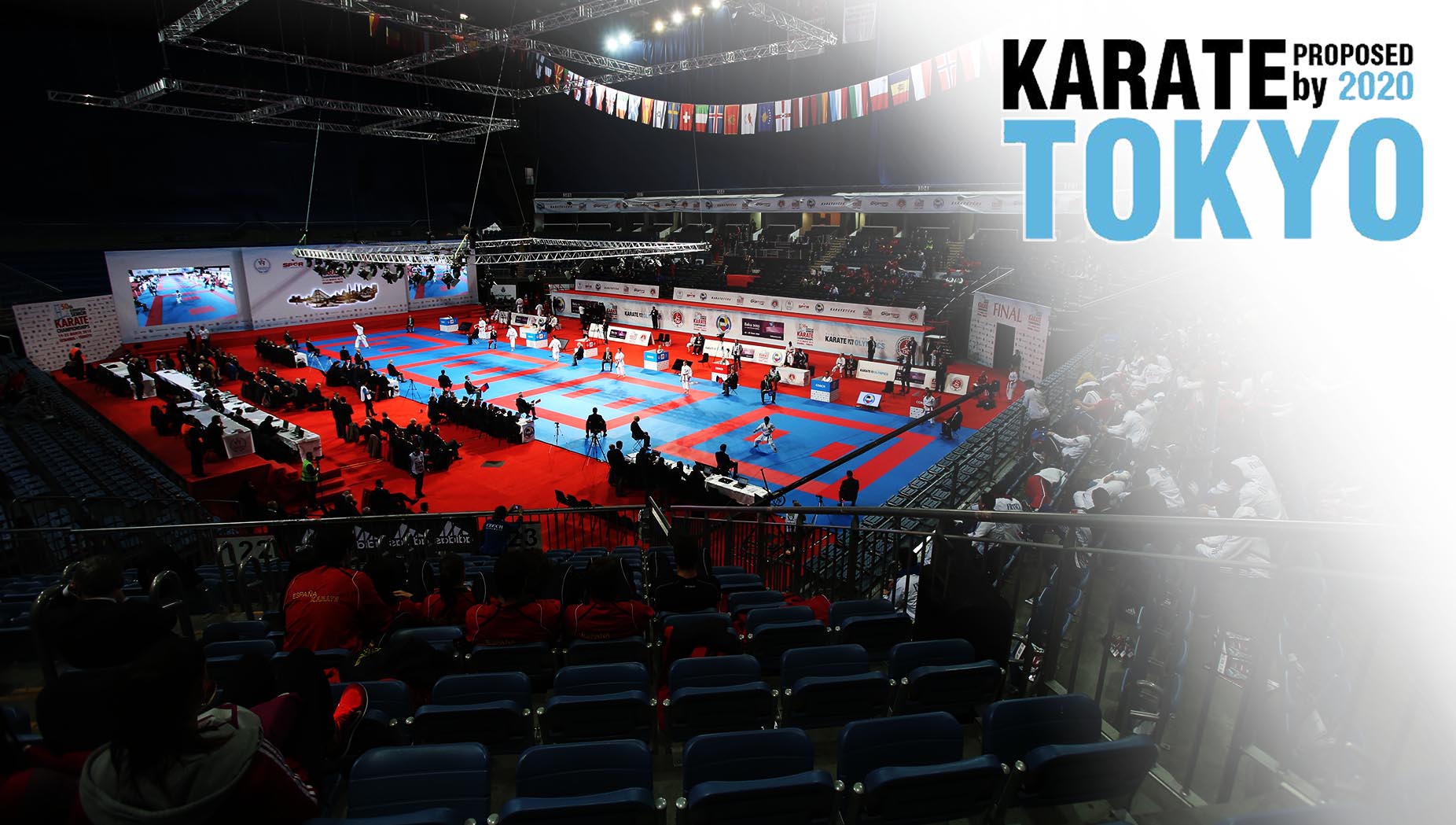 The Tokyo 2020 Olympic Games Organising Committee (TOCOG) has proposed to the IOC Karate as an additional sport for these Olympic Games.

Baseball and softball, karate, roller sports, sport climbing and surfing have been recommended for inclusion on the Olympic programme at Tokyo 2020. An announcement in the Japanese capital today proposed that 18 events are added to the Games’ schedule in five years time, across the five successful sports. Eight sports in total were in the frame for inclusion with bowling, squash and wushu missing out.

The International Olympic Committee (IOC) will now make a final decision on what will be included in Tokyo at their Session next year in 2016 Olympic host Rio de Janeiro. It is unknown how many of the five sports will ultimately be selected.

The Tokyo Organising Committee, through its Additional Events Panel, has become the first to be given the chance to contribute to the Olympic schedule in this manner as part of the IOC’s Agenda 2020 initiative.

“This package of events represents both traditional and emerging, youth-focused events, all of which are popular both in Japan and internationally,” said a statement. “They will serve as a driving force to further promote the Olympic Movement and its values, with a focus on youth appeal, and will add value to the Games by engaging the Japanese population and new audiences worldwide, reflecting the Tokyo 2020 Games vision.”

The suggestion for karate is for men’s and women’s kata, which will see ten men and ten women compete, as well as male and female kumite across three weight divisions which will add another 60 athletes.

In total, the five sports would add nearly 500 athletes to the programme if all are eventually selected by the IOC. Out of the five sports, only baseball and softball have been part of the Olympic schedule before.